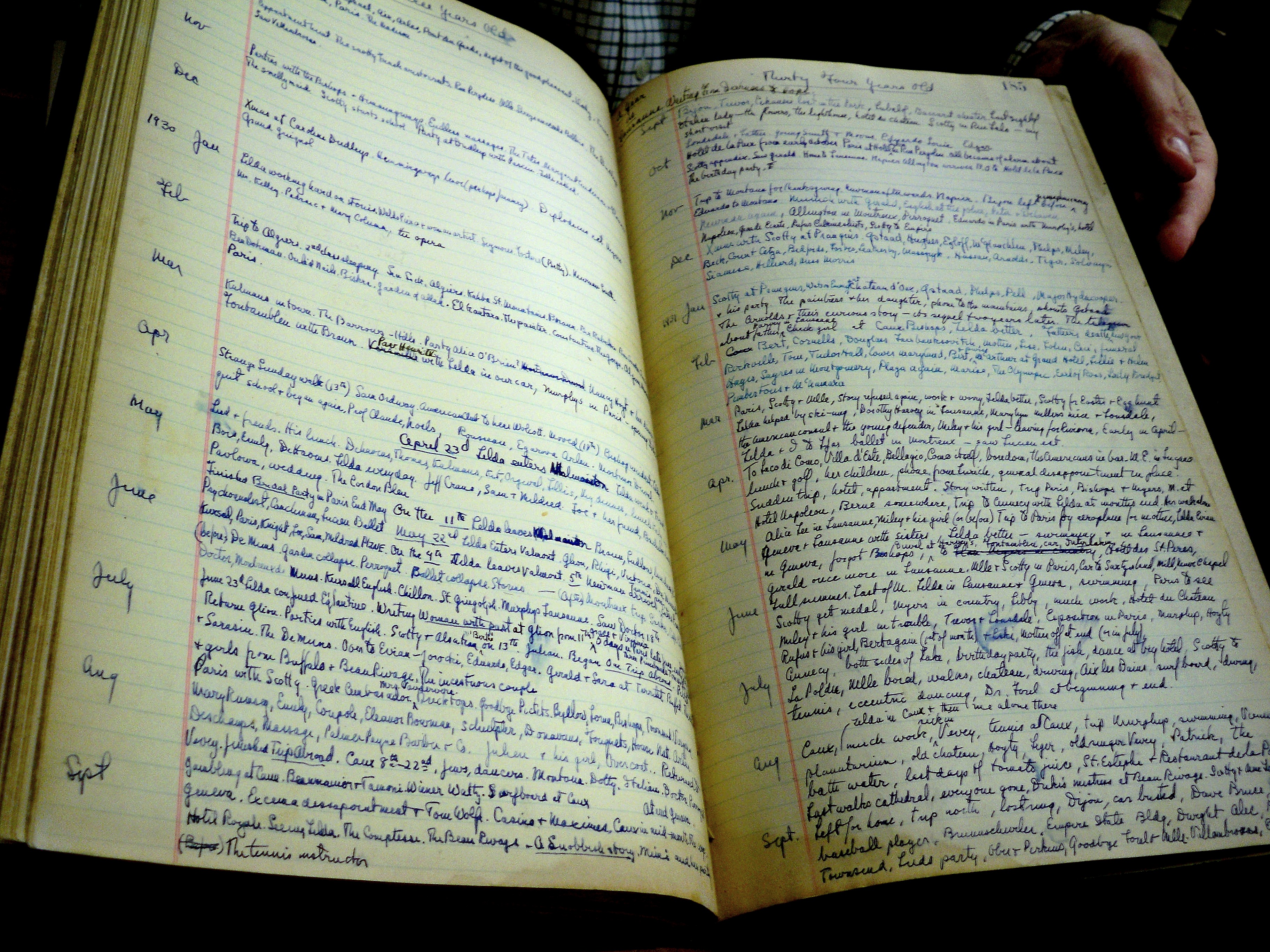 So, when THE Book Club decided to read a Fitzgerald novel for our October book…and to take a field trip to see the Fitzgerald collection at the Cooper Library on the campus of the The University of South Carolina…I thought perhaps I needed to revisit my earlier perceptions.  I was able to add the Fitzgerald collected works to my e-reader for $3.99…such a deal. 🙂  And decided I would start by reading The Diamond as Big as the Ritz.

Wow…such a wild story…sophisticated, funny, sarcastic and dark.  My perceptions began to change.  After reading The Love of the Last Tycoon and seeing the Fitzgerald collection, I am converted.  Apparently I needed the maturity and added wisdom of a few years to get it…that’s my story and I’m sticking to it. Scott and Zelda Fitzgerald had an amazing and tragic life as part of the Lost Generation.  We were able to see many of their personal papers and creative efforts in the library collection.  I felt a particular kinship for Fitzgerald’s ledger where he kept business details of his writing and diary entries for each month and year. Those are the photos I have included here.  I have similar diaries, and hey, if it was good enough for him then maybe I am on to something!

In The Diamond as Big as the Ritz, Fitzgerald describes the patriarch character, Braddock Washington, as the Emperor of Diamonds, king and priest of gold, arbiter of splendour and luxury…

I think in some ways this description also fits Scott Fitzgerald.  Ultimately, Fitzgerald worked very hard for his money and used it to support his wife and family…and stood by Zelda during her long and tragic mental illness. Though not like Braddock Washington in other ways, he was (to quote J.Buffett) “Master of the prize.  He’s got a hold on happiness and all that money can buy.”   He actually could not buy happiness, but he did work very hard at it.

I still like the song…but I appreciate it differently now.  And I have a better appreciation for reading Fitzgerald…and about 1100 pages still to go on my e-reader collected works!